Putting up a Barn Owl Box 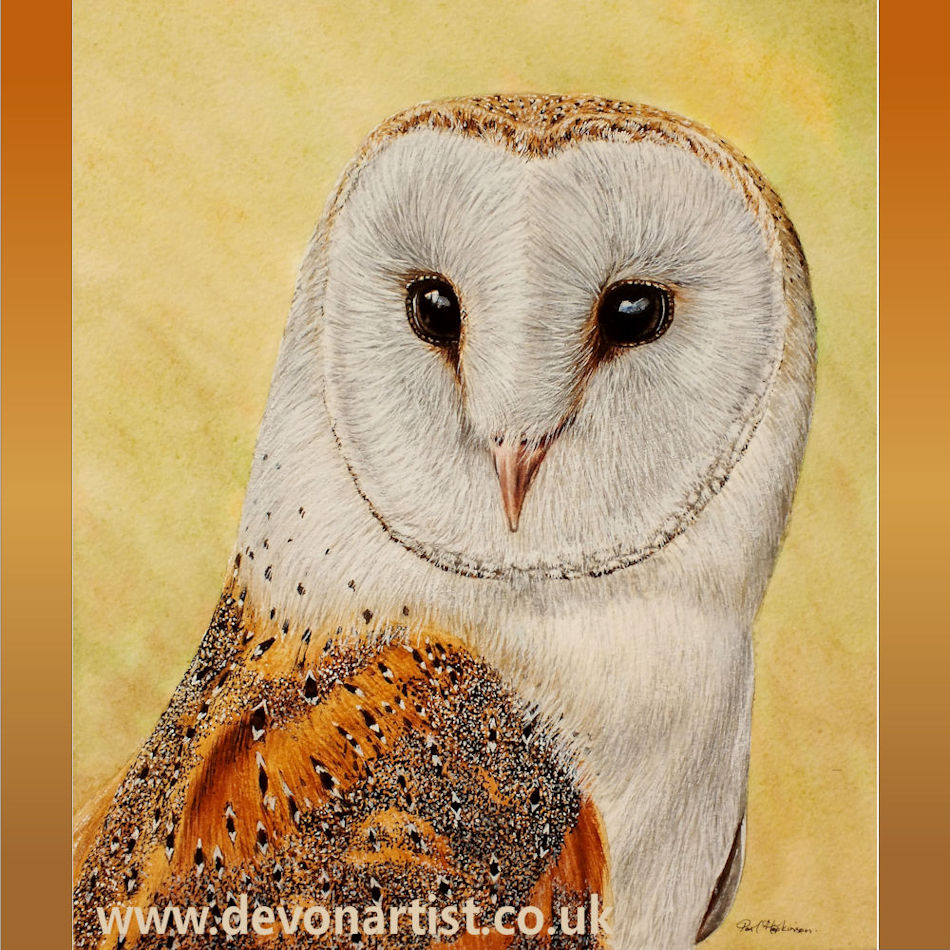 I have always loved painting barn owls, they are stunning birds with such beautiful colouration in their feathers – particularly on their wings. These ramblings are about making and putting up a barn owl box in our village. Barn Owls are perhaps one of our most easily recognised birds of prey in the UK. Fortunately they are now on the green conservation list which means they are in the least critical category. However, there are still only around 4000 breeding pairs. Anything that can be done to boost their numbers is always a very welcome addition to the British countryside. Many of their former nests sites have disappeared as barns are redeveloped. However, they don’t just live in old barns. In fact, all they need is somewhere safe and sheltered, and they will be quite happy. 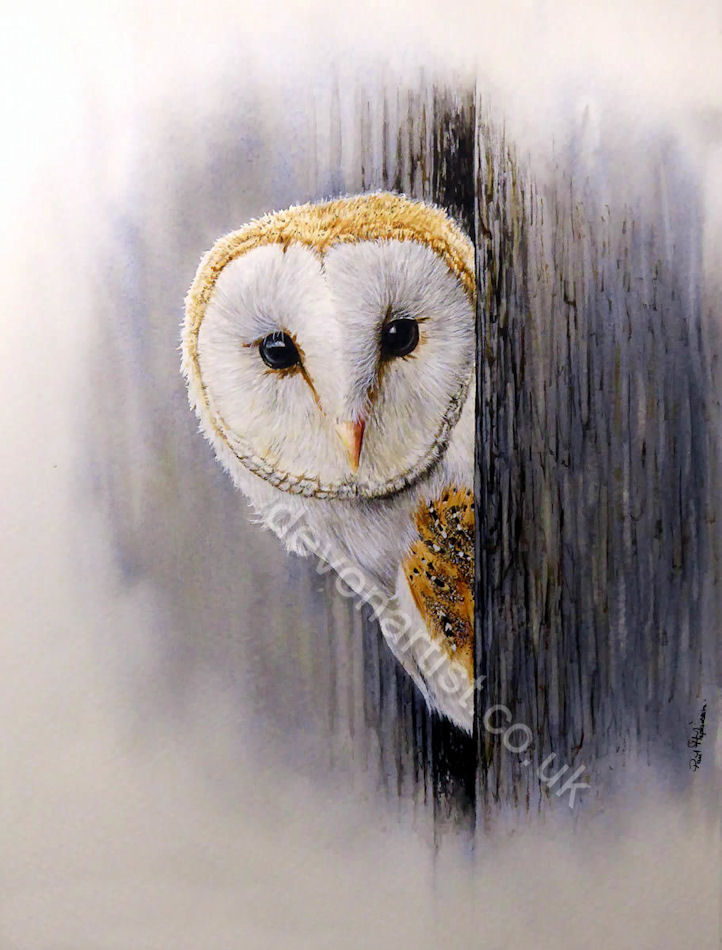 We are fortunate where we live to have barn owls quite close by. Indeed, if we are lucky, we will see one fly over the back fields and off on a hunting mission. We even see them around nearby barns when out for an evening walk sometimes.

We thought it was time to make a barn owl box and perhaps help the population even more. Having obtained permission from the owner of a local barn, I set to work in the garage. Fortunately I had some excellent plans from The Barn Owl Trust. 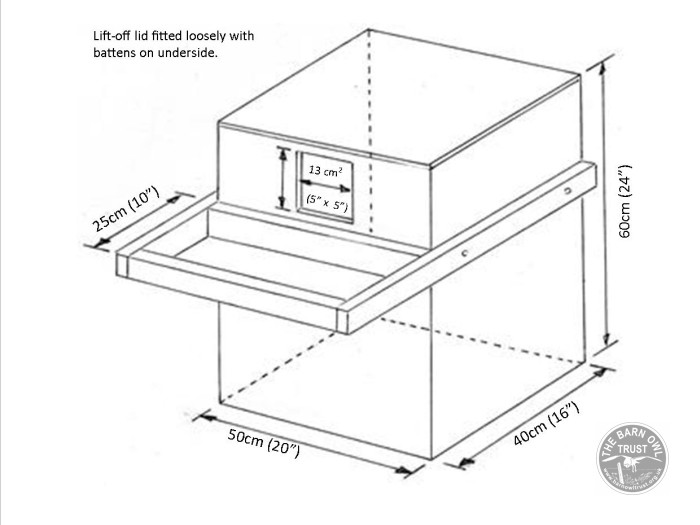 A few hours later, I had managed to construct my own box. It even had a handy hinged door for clearing it out……should we be lucky enough to get anything in it! 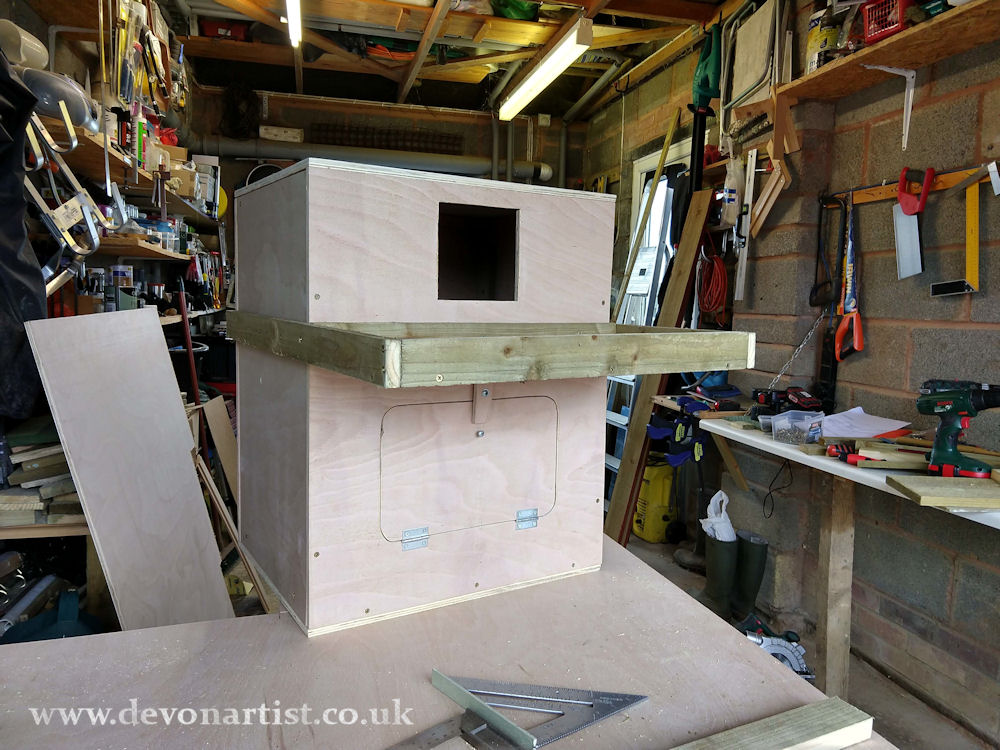 By the time I had finished, it was a pretty heavy bit of kit! The barn is fortunately not far away, and we could get right into it with the car. We wouldn’t have fancied carrying it too far!! Now for the next fun bit, deciding where best to site it. We were faced with a massive barn with various entrances and therefore many options for locating the box. 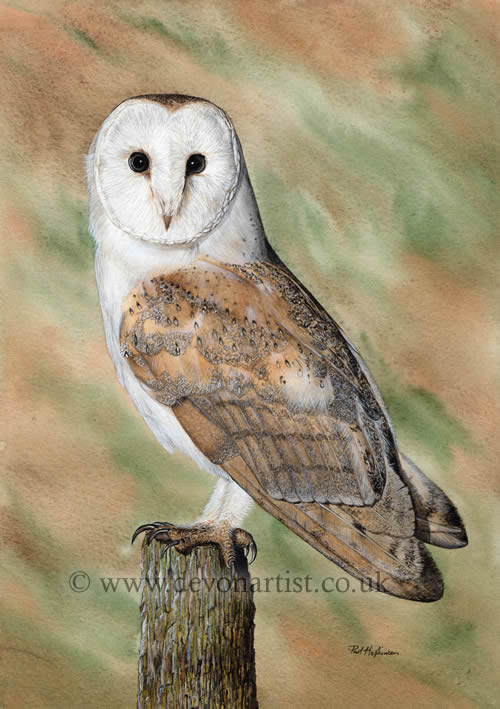 The box needed to be at least 3 meters off the ground, that bit was easy. The barn is in regular use, but owls will easily adapt as long as their box keeps them well hidden. I had read that when an owl flies into a building, he or she will be trying to find a suitable hole not a box. So we wanted to make sure the hole was visible for an owl from the outside of the building too. 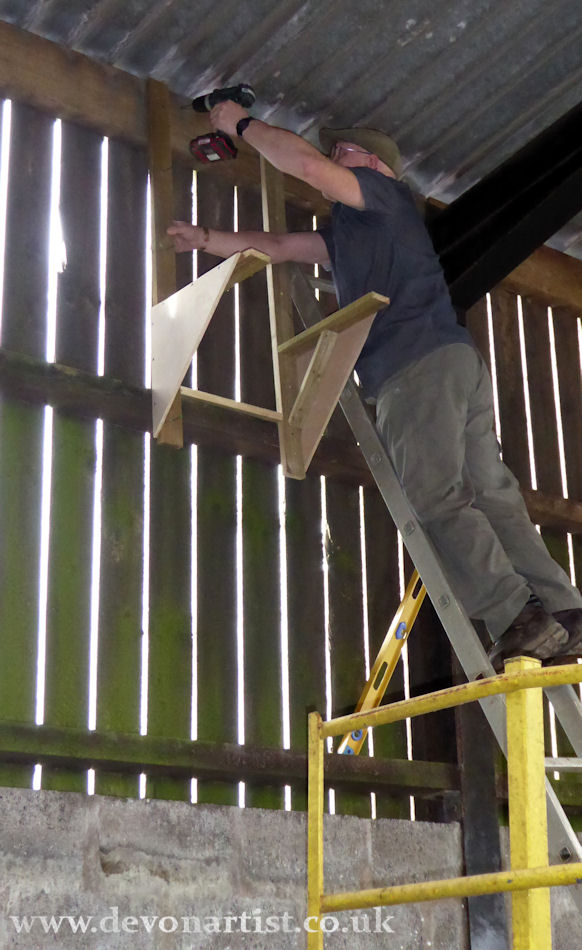 This was the chosen location, and so the work of getting the box up near the roof began! Contrary to what it looks like, I was not stood on some handy placed tower scaffold. I’m actually up a narrow, rather wobbly ladder! Fortunately, I had previously constructed some sturdy stilts to sit the box on. So rather than try and hold the box at height, I could sit it on these. Now, it would have been quite amusing to have photos of how we got the box up here. However, all hands had to be on deck and not on cameras!! Jo was kindly holding the ladder. Meanwhile, the barn owner, Darren, stood on the nearby trailer and lifted the box to me up the ladder. Good job there were no health and safety boffins around. 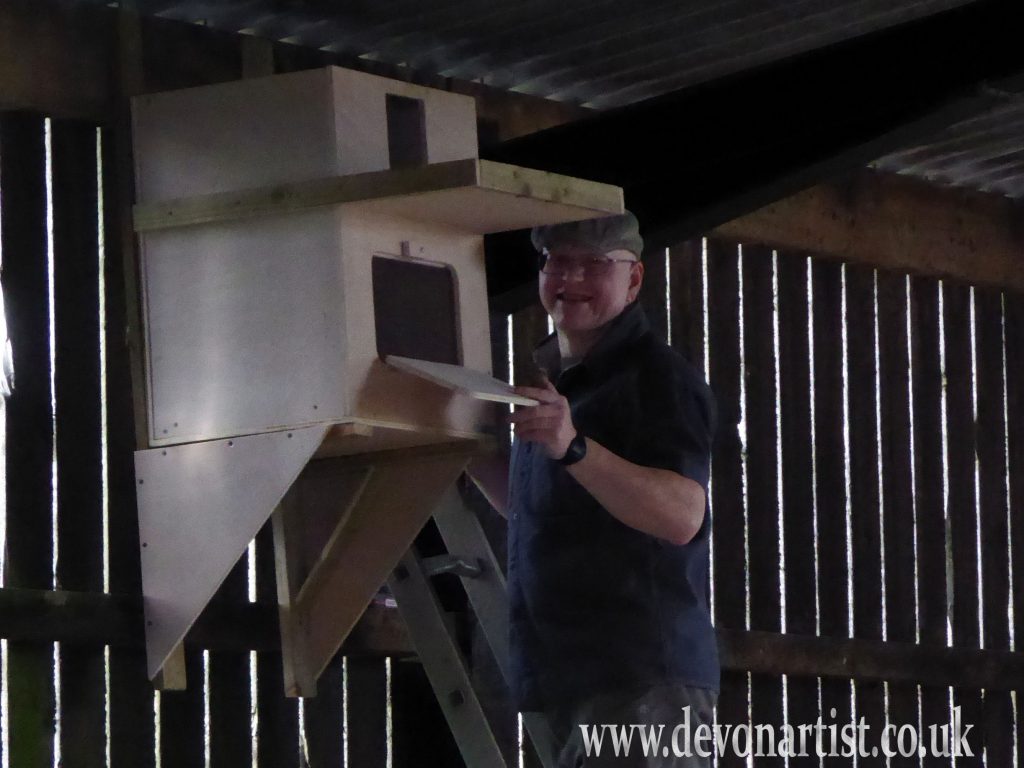 The clearing out hatch (open above) was also handy for emptying in a bit of a base layer. Barn owls do not build nests, however they lay rather round eggs. We hope the base layer will prevent the eggs from rolling around too much.

We will have to wait and see whether putting up a barn owl box is successful. Barn owls are a Schedule 1 bird. This means that we will need to apply for a special licence to monitor their nest. But we suspect we won’t be applying for that any day soon. The best we are likely to get is a stock dove, we will of course keep you posted.
In the meantime, our grateful thanks to Darren for his help in siting the box. And also in allowing us to place it in his barn. 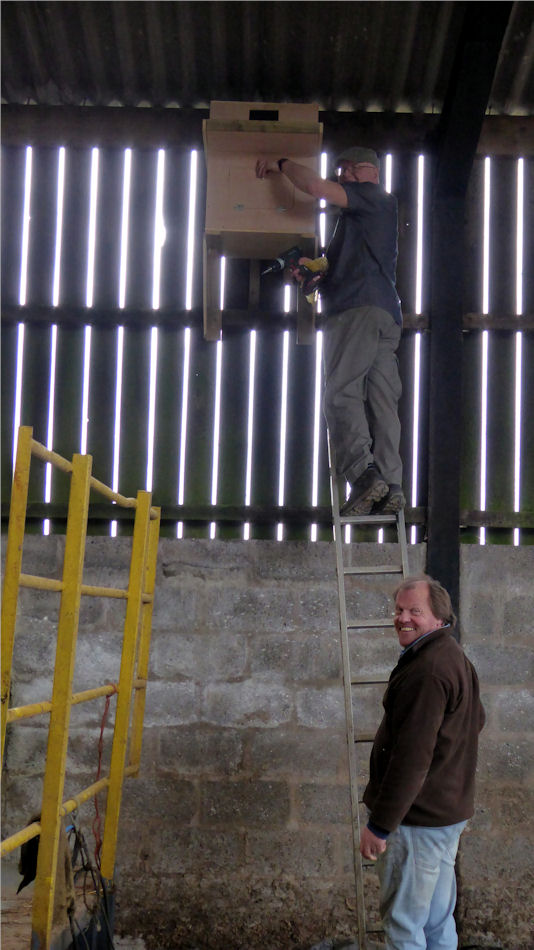 Until next time, I’ll settle to painting a barn owl while I wait for one to rent our deluxe residence! Should you wish to paint one too check out my tutorial page. Paul 🤓🖌🎨 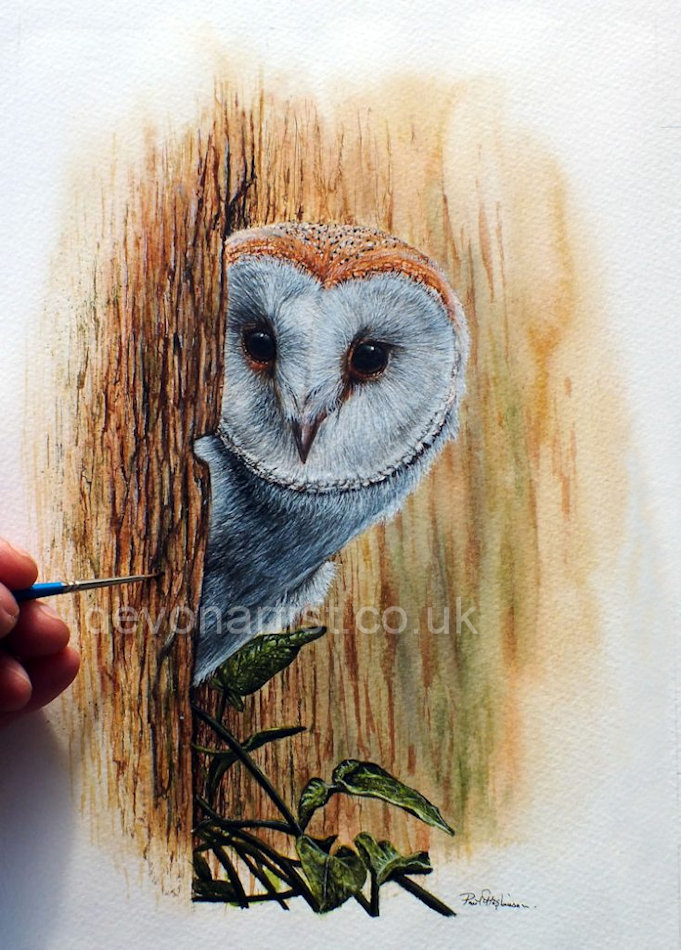 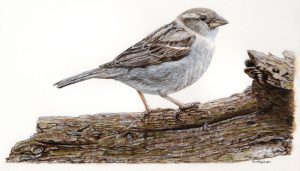 Sign up to my Newsletter
Receive a PDF Tutorial on how to paint this little House Sparrow & a Watercolour Basics Guide completely FREE! 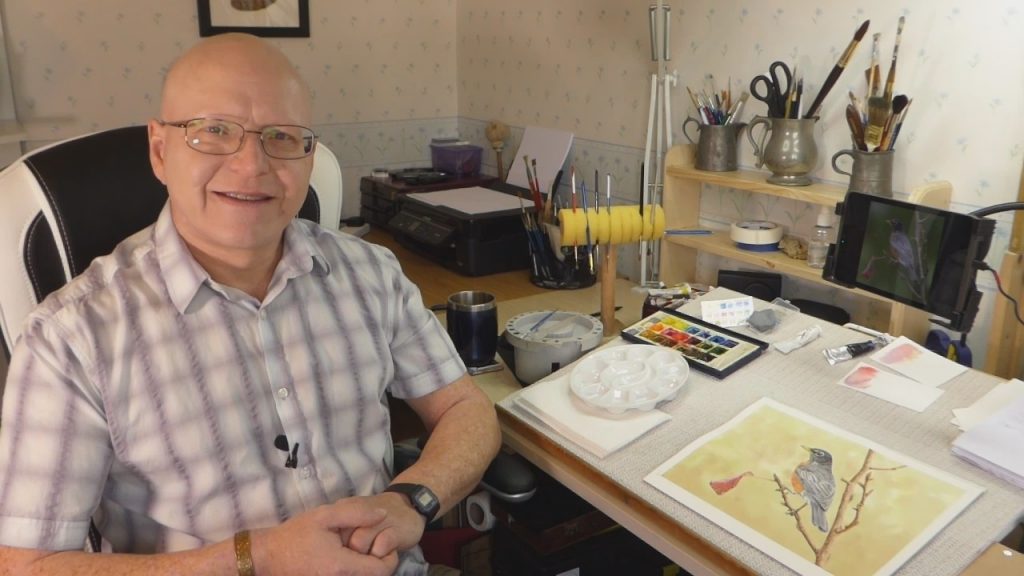